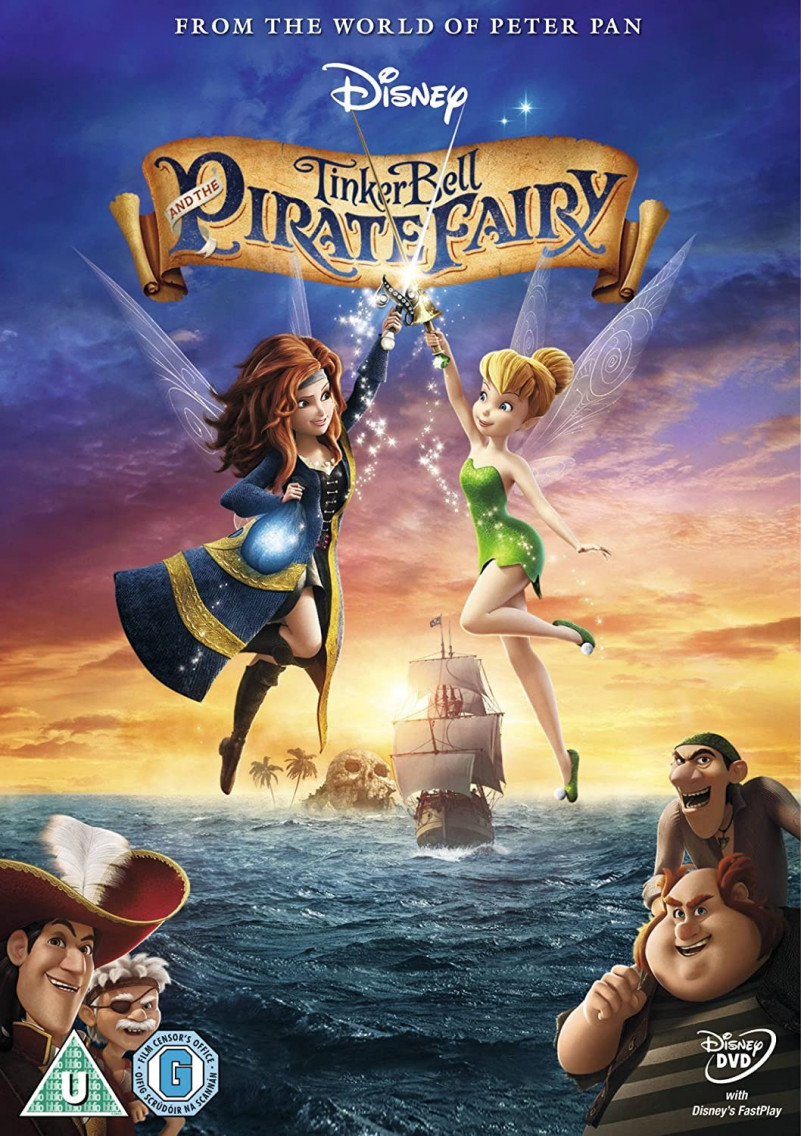 The Pirate Fairy is a 2014 American 3D computer-animated fantasy film directed by Peggy Holmes. It is the fifth direct-to-video feature-length animated film in the Disneytoon Studios’ Tinker Bell film series and the Disney Fairies franchise, based on the character Tinker Bell from J. M. Barrie’s Peter and Wendy. The film features the voices of Mae Whitman, reprising her role of Tinker Bell, Christina Hendricks as a dust-keeper fairy named Zarina, and Tom Hiddleston as a much younger James Hook.

The text “The Pirate Fairy” on the poster we identify is created by Skulls and Crossbones Font.