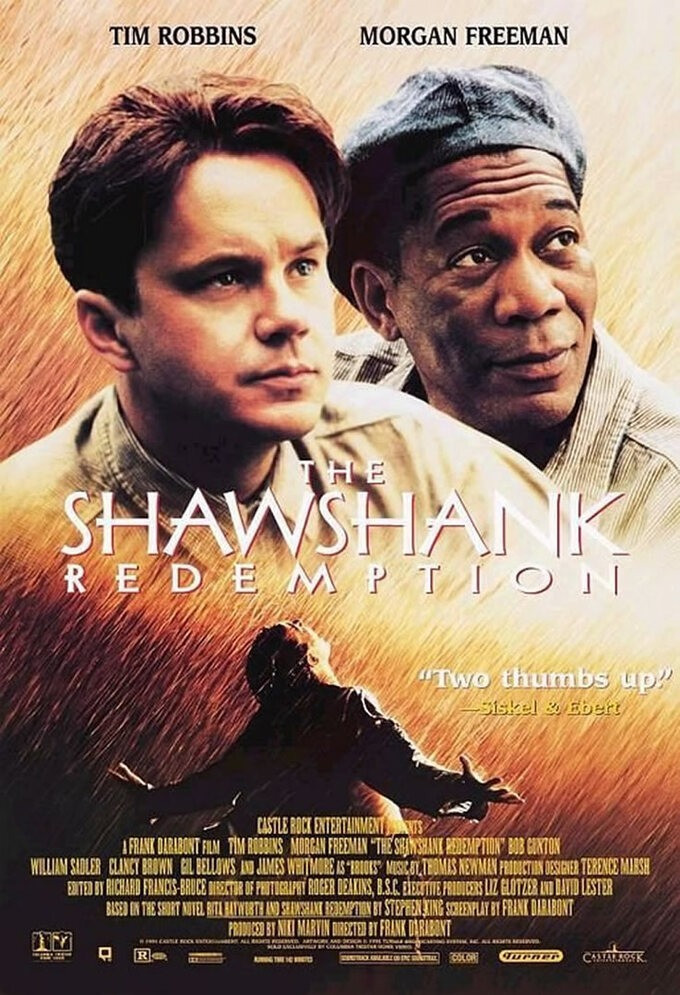 The Shawshank Redemption is a 1994 American drama film written and directed by Frank Darabont, based on the 1982 Stephen King novella Rita Hayworth and Shawshank Redemption. It tells the story of banker Andy Dufresne (Tim Robbins), who is sentenced to life in Shawshank State Penitentiary for the murders of his wife and her lover, despite his claims of innocence. Over the following two decades, he befriends a fellow prisoner, contraband smuggler Ellis “Red” Redding (Morgan Freeman), and becomes instrumental in a money-laundering operation led by the prison warden Samuel Norton (Bob Gunton). William Sadler, Clancy Brown, Gil Bellows, and James Whitmore appear in supporting roles.

The text “The Shawshank Redemption” on the poster we identify is created by Wade Font.  Wade Sans Light was designed by Paul Hickson, Key Characters and published by ITC. Wade Sans Light contains 1 style.