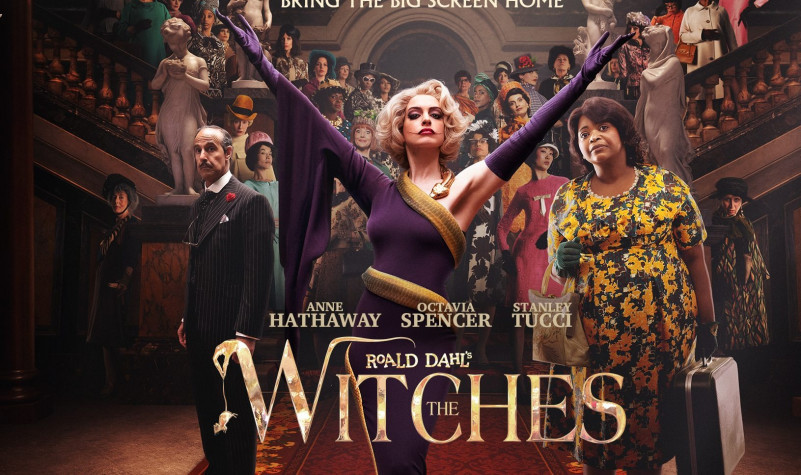 The Witches is a 2020 Mexican-American dark fantasy comedy film directed by Robert Zemeckis, written by Zemeckis, Kenya Barris, and Guillermo del Toro, narrated by Chris Rock, and starring Anne Hathaway, Octavia Spencer, and Stanley Tucci. It is based on the 1983 novel of the same name by Roald Dahl and is the second feature-length adaptation of the novel, following the 1990 film of the same name.

“The Witches” is the font used in The Witches poster.