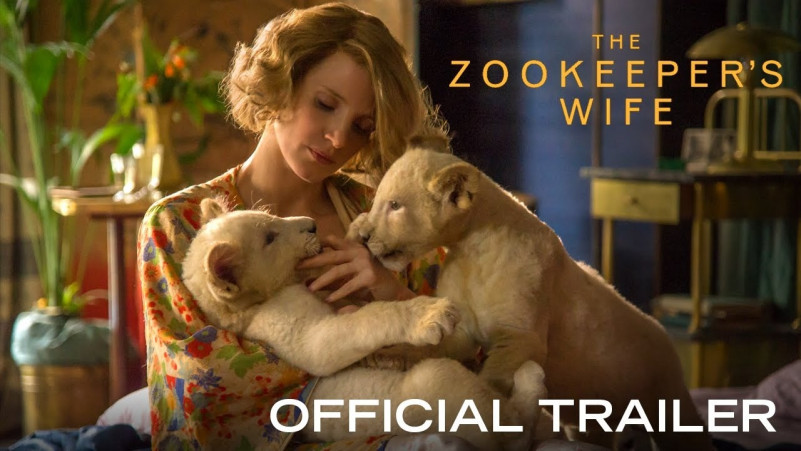 The Zookeeper’s Wife is a 2017 war drama film directed by Niki Caro. It tells the true story of how Jan and Antonina Żabiński rescued hundreds of Jews from the Germans by hiding them in their zoo during World War II.

The font used for the film title in the poster is Venus Font . Venus was published by Linotype. Venus contains 10 styles and family package options.