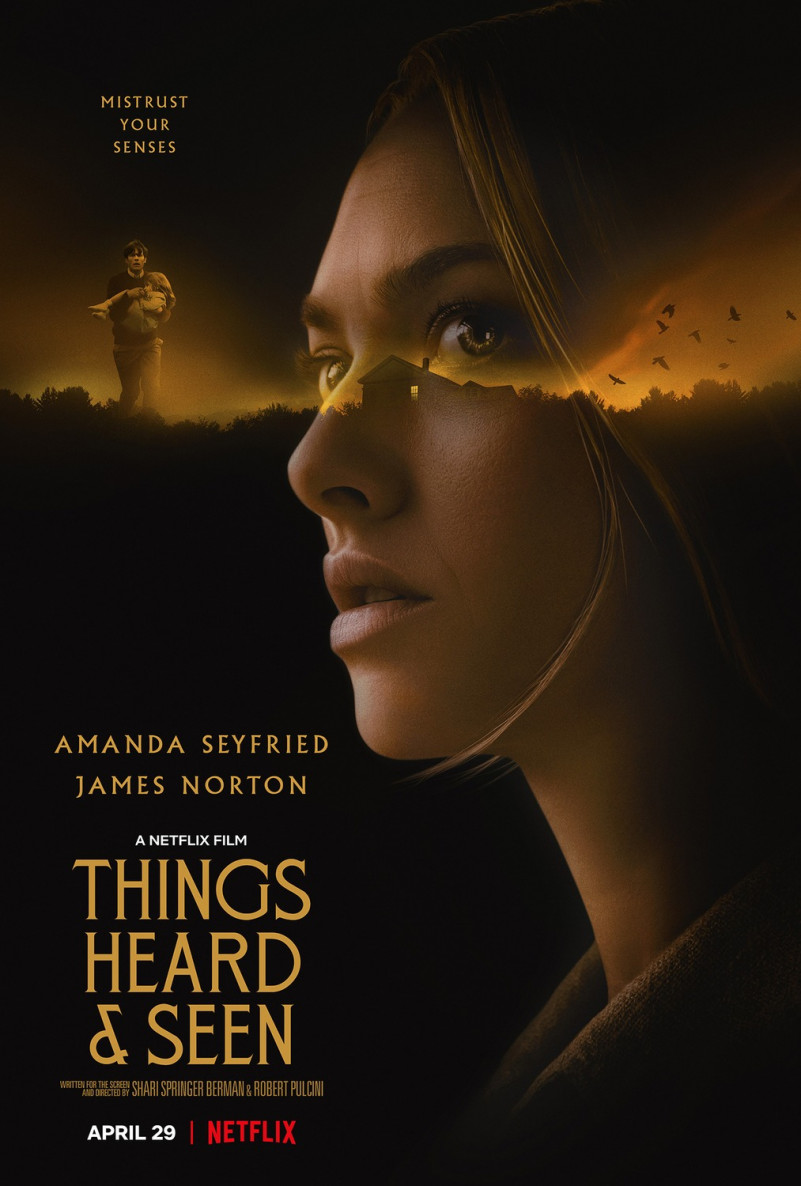 Things Heard & Seen is an upcoming American horror thriller film written and directed by Shari Springer Berman and Robert Pulcini, based on the novel All Things Cease to Appear by Elizabeth Brundage. It stars Amanda Seyfried, James Norton, Natalia Dyer, and F. Murray Abraham. It is scheduled to be released on April 29, 2021, by Netflix.