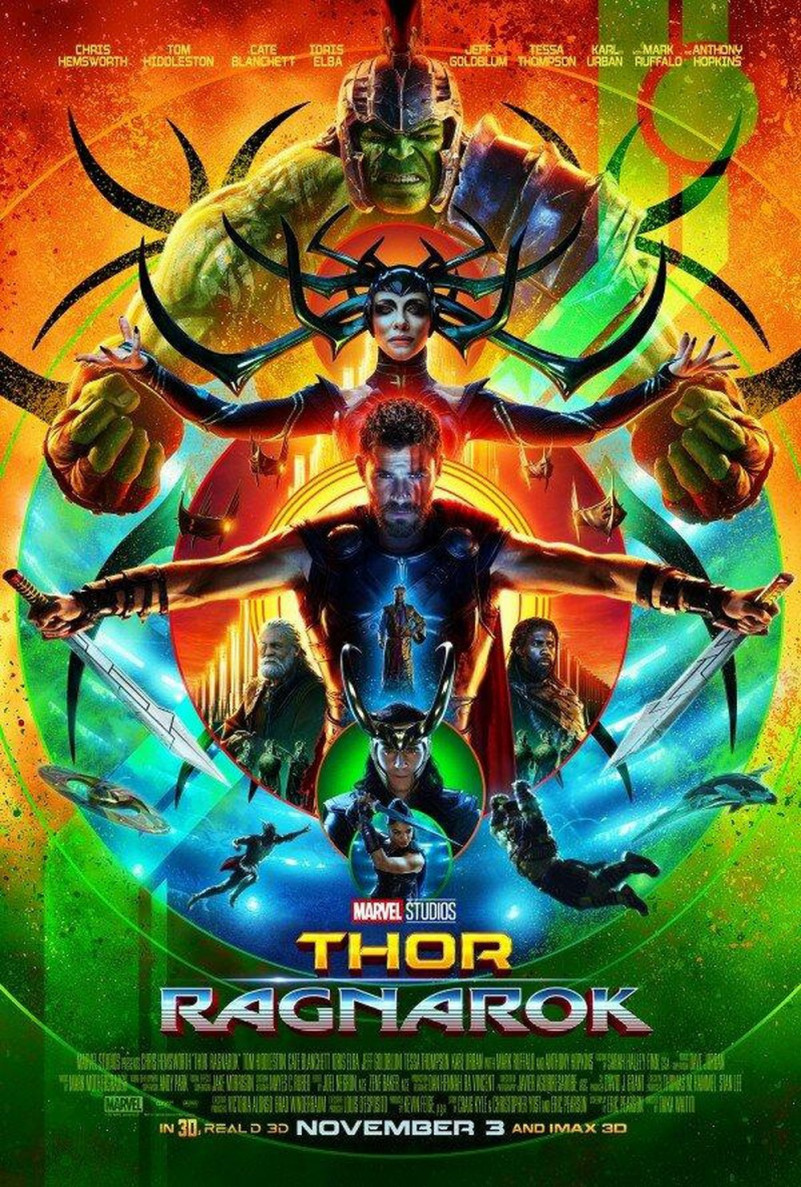 Thor: Ragnarok is a 2017 American superhero film based on the Marvel Comics character Thor, produced by Marvel Studios and distributed by Walt Disney Studios Motion Pictures. It is the sequel to Thor (2011) and Thor: The Dark World (2013), and the 17th film in the Marvel Cinematic Universe (MCU). The film is directed by Taika Waititi from a screenplay by Eric Pearson and the writing team of Craig Kyle and Christopher Yost, and stars Chris Hemsworth as Thor alongside Tom Hiddleston, Cate Blanchett, Idris Elba, Jeff Goldblum, Tessa Thompson, Karl Urban, Mark Ruffalo, and Anthony Hopkins. In Thor: Ragnarok, Thor must escape the alien planet Sakaar in time to save Asgard from Hela and the impending Ragnarök.

The text “Thor: Ragnarok” on the poster we identify is created by THOR Ragnarok Font.