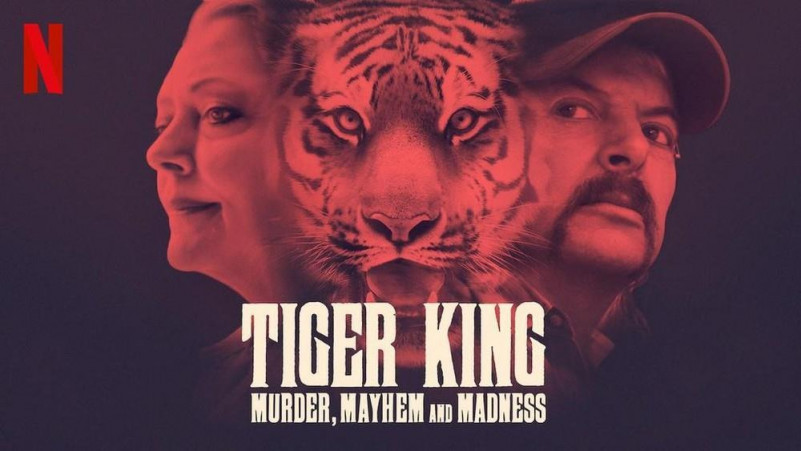 Tiger King: Murder, Mayhem and Madness (titled onscreen as simply Tiger King) is a 2020 American true crime documentary miniseries about the life of zookeeper Joe Exotic. It was released on Netflix on March 20, 2020. The series focuses on the small but deeply interconnected society of big cat conservationists such as Carole Baskin, owner of Big Cat Rescue, and collectors such as Exotic, whom Baskin accuses of abusing and exploiting wild animals. A special hosted by Joel McHale was released on April 12, 2020, with McHale interviewing several of the stars about Exotic and the series itself.

The series received positive reviews from critics, and according to Nielsen ratings, was watched by 34.3 million people over its first ten days of release, ranking as one of Netflix’s most successful releases to date.