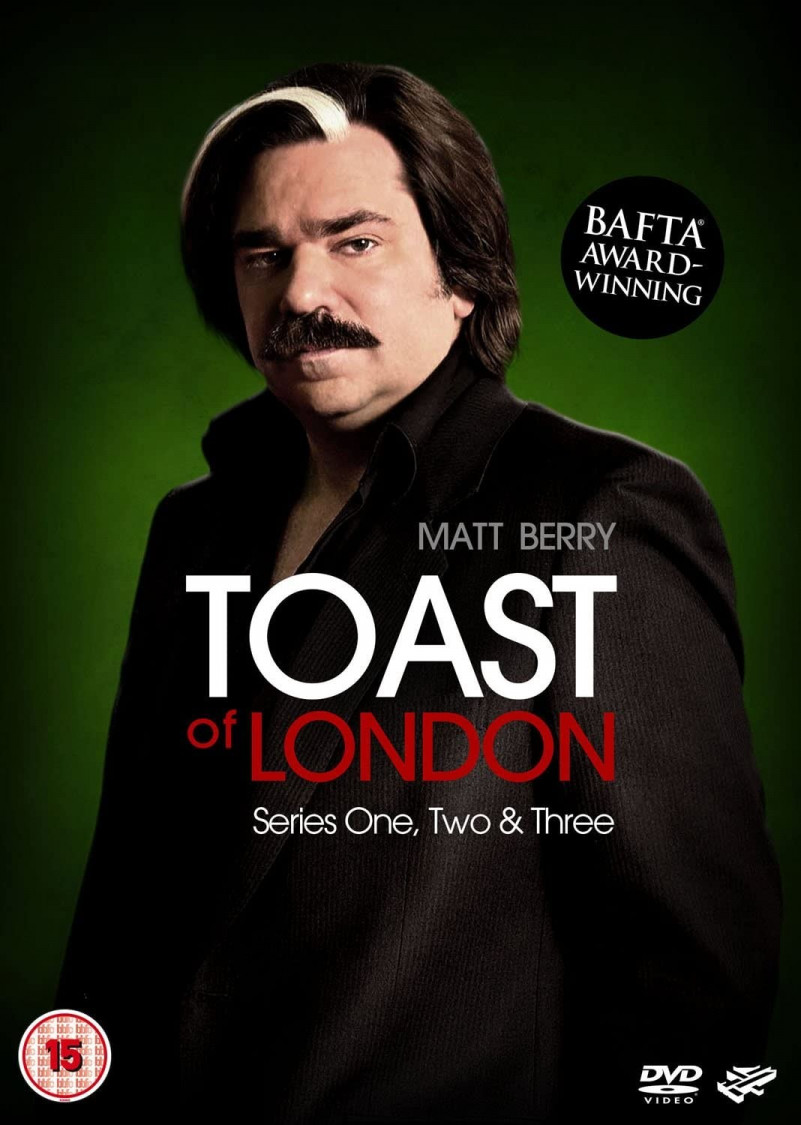 Toast of London is a British comedy television series broadcast on Channel 4. It tells the story of Steven Toast, an eccentric actor with a chequered past who spends more time dealing with his problems off stage than performing on it.