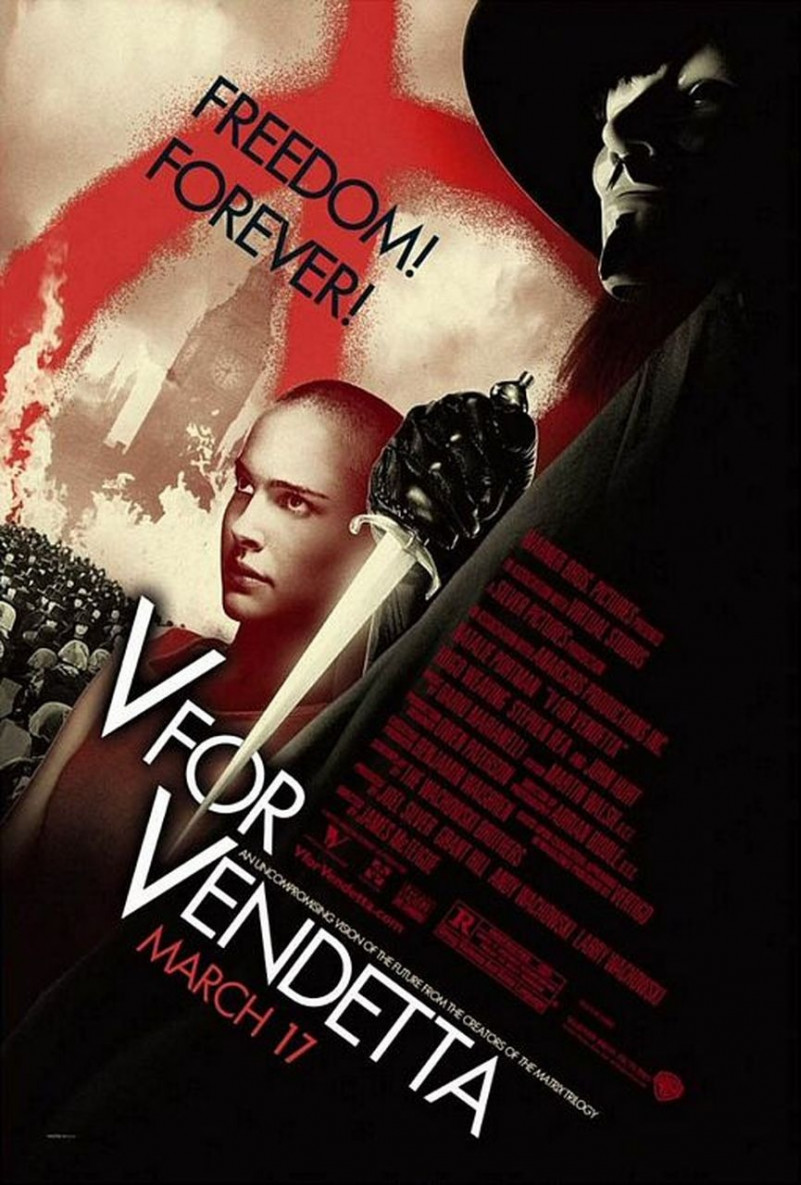 V for Vendetta is a 2005 dystopian political thriller action film directed by James McTeigue and written by the Wachowskis, based on the 1988 DC/Vertigo Comics limited series of the same name by Alan Moore and David Lloyd. Set in an alternative future where a Nordic supremacist and neo-fascist totalitarian regime has subjugated the United Kingdom, the film centers on V (portrayed by Hugo Weaving), an anarchist and masked freedom fighter who attempts to ignite a revolution through elaborate terrorist acts, while Natalie Portman plays Evey, a young, working-class woman caught up in V’s mission and Stephen Rea portrays a detective leading a desperate quest to stop V.

The text on the poster we identify is created by Futura Font.  Futura was designed by Paul Renner and published by URW Type Foundry. Futura contains 41 styles and family package options.