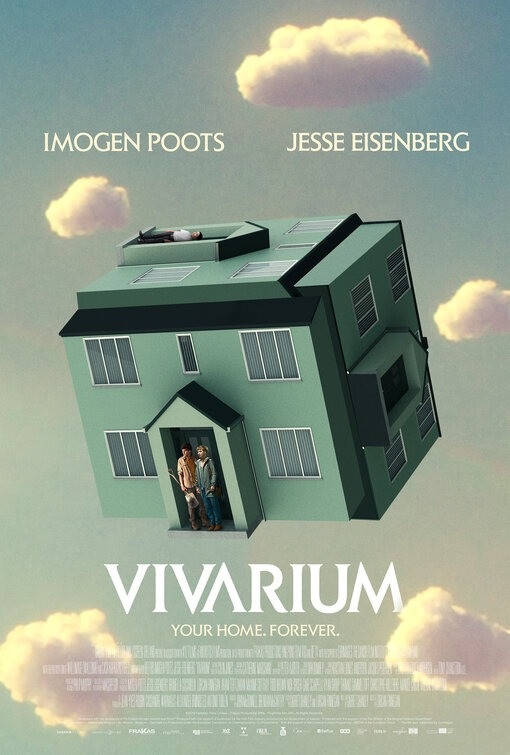 Vivarium is a 2019 science fiction thriller film directed by Lorcan Finnegan, from a story by Finnegan and Garret Shanley. An international co-production between Ireland, Denmark and Belgium, the film stars Imogen Poots and Jesse Eisenberg.

The film had its world premiere at the Cannes Film Festival on 18 May 2019. It was released in Ireland on 27 March 2020 by Vertigo Releasing.

The text “Vivarium” on the poster we identify is created by ITC Elan Pro Medium Font. ITC Elan was designed by Albert Boton and published by ITC. ITC Elan contains 25 styles and family package options.