Waiting for the Barbarians (2020) Font 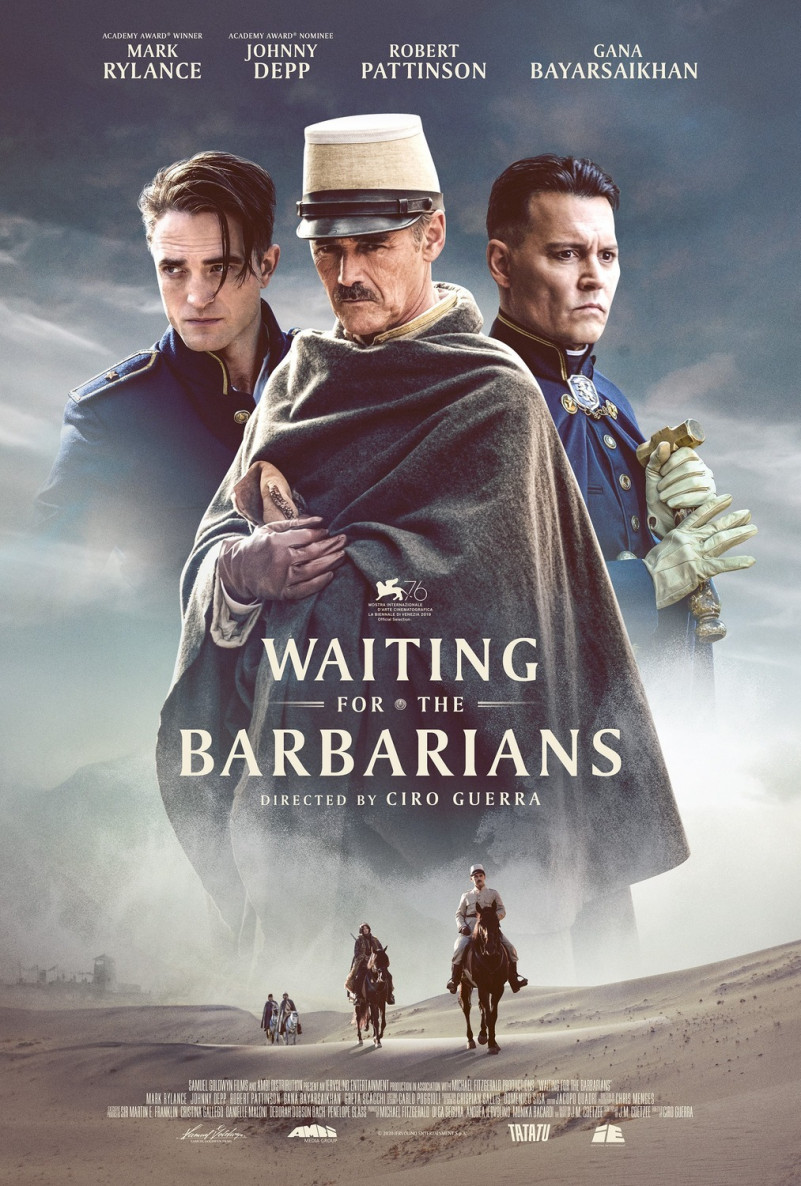 Waiting for the Barbarians is a 2019 drama film directed by Ciro Guerra in his English-language directorial debut. The film is based on the novel of the same name by J. M. Coetzee. It stars Mark Rylance, Johnny Depp, Robert Pattinson, Gana Bayarsaikhan, and Greta Scacchi.

The text “Waiting for the Barbarians” on the poster we identify is created by Amerigo BT Std Bold Font. Amerigo BT was designed by Gerard Unger and published by Bitstream. Amerigo BT contains 6 styles and family package options.

Waiting for the Barbarians (2020) Font