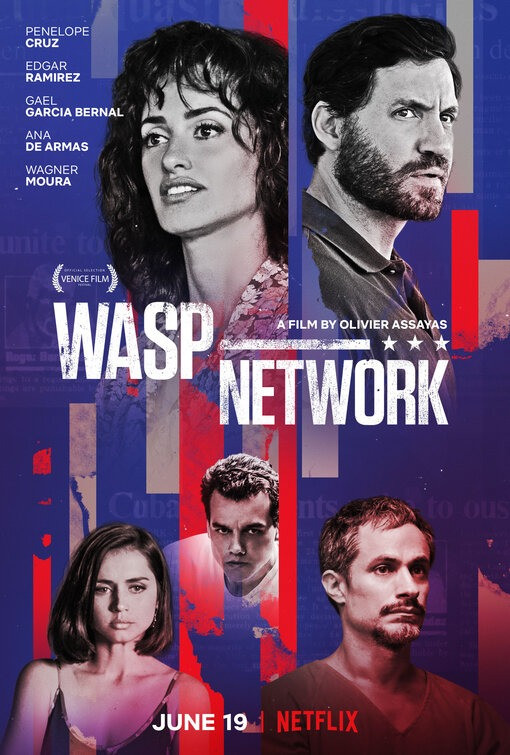 Wasp Network is a 2019 internationally co-produced drama film, written and directed by Olivier Assayas, based upon the book The Last Soldiers on the Cold War by Fernando Morais. It stars Penélope Cruz, Édgar Ramírez, Gael García Bernal, Ana de Armas and Wagner Moura. It tells the story of Cuban spies in American territory during the 1990s.

The text “Wasp Network” on the poster we identify is created by Kuunari Black Font. Kuunari was published by Mika Melvas. Kuunari contains 42 styles and family package options.