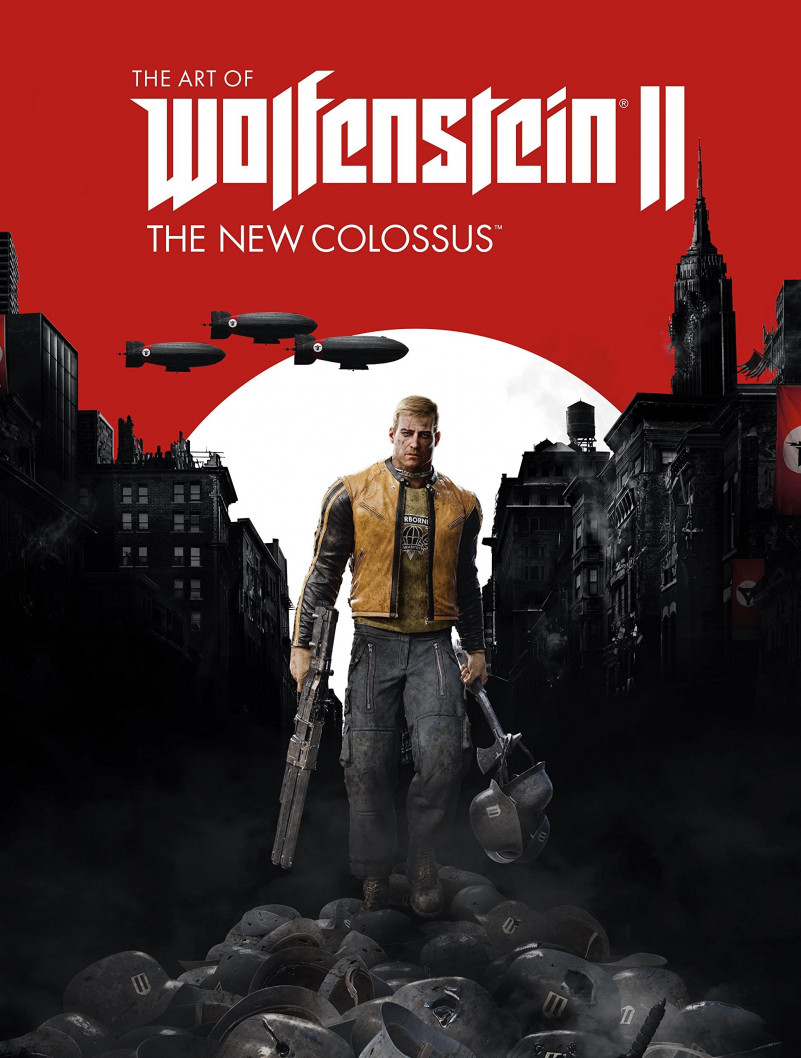 Wolfenstein II: The New Colossus is an action-adventure first-person shooter video game developed by MachineGames and published by Bethesda Softworks. It was released on 27 October 2017 for Microsoft Windows, PlayStation 4, and Xbox One, and was released on 29 June 2018 for Nintendo Switch. The eighth main entry in the Wolfenstein series and the sequel to 2014’s Wolfenstein: The New Order, the game is set in an alternate history which takes place in 1961 following the Nazi victory in the Second World War. The story follows war veteran William “B.J.” Blazkowicz and his efforts to fight against the Nazi regime in the United States.

The text “Wolfenstein II” on the poster we identify is created by Deathshead Font.