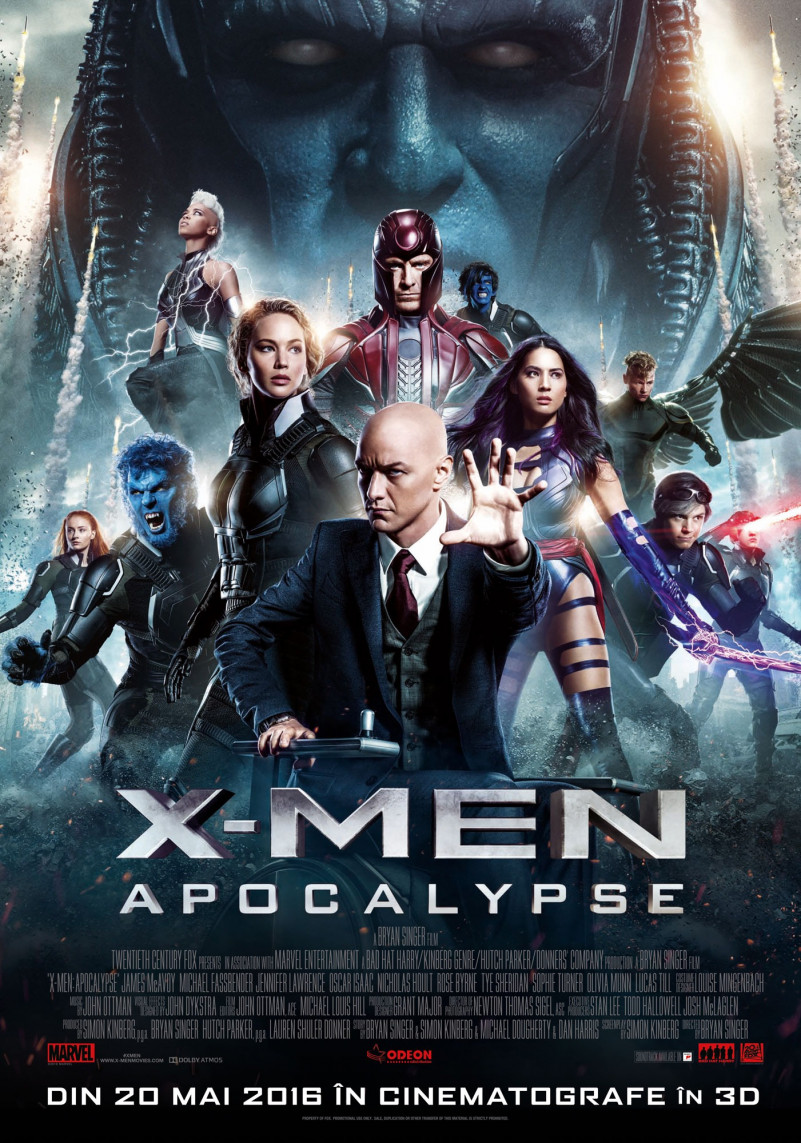 X-Men: Apocalypse is a 2016 American superhero film directed and produced by Bryan Singer and written by Simon Kinberg from a story by Singer, Kinberg, Michael Dougherty, and Dan Harris. The film is based on the fictional X-Men characters that appear in Marvel Comics and is the ninth installment in the X-Men film series. It is the sequel to X-Men: Days of Future Past (2014) and stars James McAvoy, Michael Fassbender, Jennifer Lawrence, Oscar Isaac, Nicholas Hoult, Rose Byrne, Tye Sheridan, Sophie Turner, Olivia Munn and Lucas Till. In the film, the ancient mutant En Sabah Nur / Apocalypse is inadvertently revived in 1983, and plans to wipe out the modern civilization and take over the world, leading the X-Men to try to stop him and defeat his team of mutants.

The text on the poster we identify is created by Bank Gothic Font. Bank Gothic was designed by Morris Benton and published by Bitstream. Bank Gothic contains 2 styles and family package options.