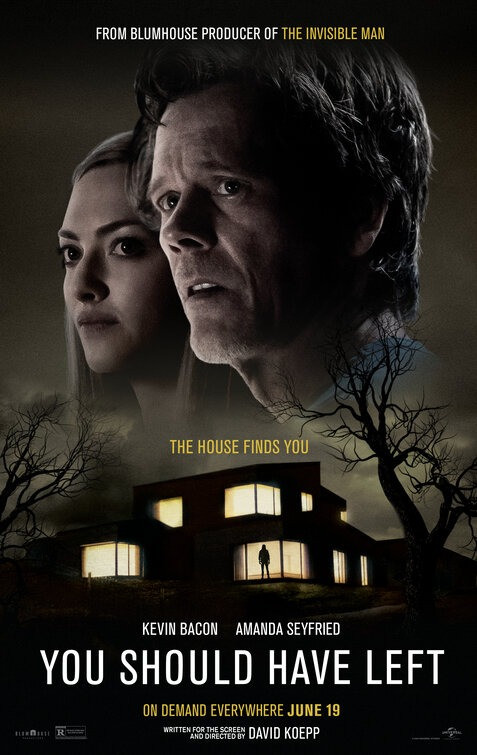 You Should Have Left is an upcoming American psychological horror film written and directed by David Koepp, based on the 2017 novella by Daniel Kehlmann. It stars Kevin Bacon and Amanda Seyfried. Jason Blum is serving as a producer through his Blumhouse Productions banner.

Originally intended to be theatrically released, the film is now set to be released digitally via video on demand on June 19, 2020, by Universal Pictures.

The text “You Should Have Left” on the poster we identify is created by Heading Pro Regular Font. Heading Pro was designed by Francesco Canovaro and published by Zetafonts. Heading Pro contains 40 styles and family package options.