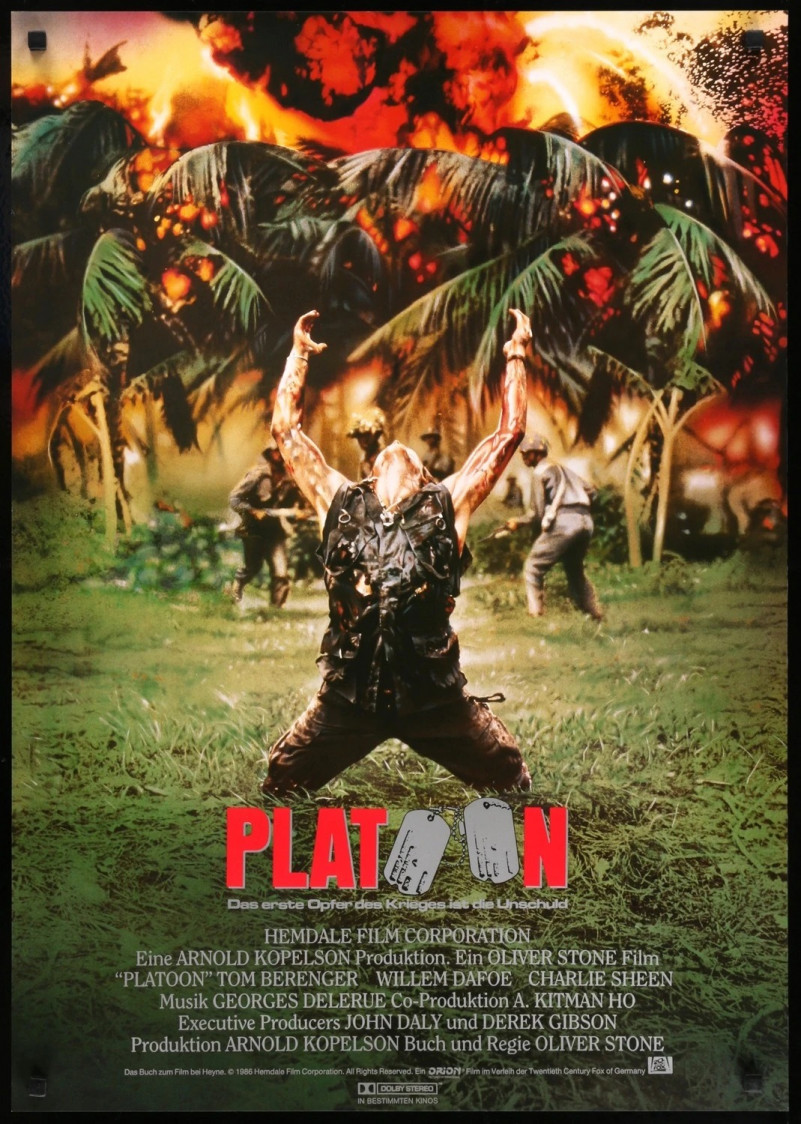 Platoon is a 1986 American war film written and directed by Oliver Stone, starring Tom Berenger, Willem Dafoe, Charlie Sheen, Keith David, Kevin Dillon, John C. McGinley, Forest Whitaker, and Johnny Depp. It is the first film of a trilogy of Vietnam War films directed by Stone, followed by Born on the Fourth of July (1989) and Heaven & Earth (1993). The film, based on Stone’s experience from the war, follows a U.S. Army volunteer (Sheen) serving in Vietnam while his Platoon Sergeant and his Squad Leader (Berenger and Dafoe) argue over the morality in the platoon and the conduct of the war.

The text on the poster we identify is created by  Platoon  Font.